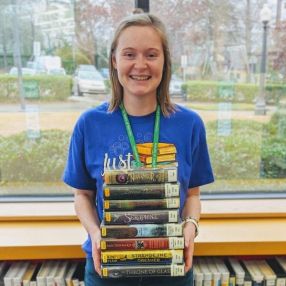 Are you a big fan of teen books? So is Dabney! Dabney works in our Children’s Department and always on the lookout for adventurous teen books. Here are some of her favorites that she read in 2019.
Dread Nation by Justina Ireland 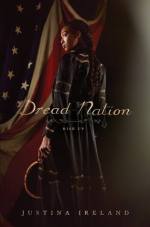 Jane McKeene was born two days before the dead began to walk the battlefields of Gettysburg, Pennsylvania–derailing the War between the States and changing the nation forever. In this new America, safety for all depends on the work of a few, and laws like the Negro and Native Reeducation Act require certain children attend combat schools to learn to put down the dead. But there are also opportunities, and Jane is studying to become an Attendant, trained in both weaponry and etiquette to protect the well-to-do. It’s a chance for a better life for Negro girls like Jane.

The Toll by Neal Shusterman (Arc of a Scythe Book 3)

In the highly anticipated finale to the New York Times bestselling trilogy, dictators, prophets, and tensions rise. In a world that’s conquered death, will humanity finally be torn asunder by the immortal beings it created? Citra and Rowan have disappeared. Endura is gone. It seems like nothing stands between Scythe Goddard and absolute dominion over the world scythedom. With the silence of the Thunderhead and the reverberations of the Great Resonance still shaking the earth to its core, the question remains: Is there anyone left who can stop him? The answer lies in the Tone, the Toll, and the Thunder.

A sinister Problem has occurred in London: all nature of ghosts, haunts, spirits, and specters are appearing throughout the city, and they aren’t exactly friendly. Only young people have the psychic abilities required to see-and eradicate-these supernatural foes. Many different Psychic Detection Agencies have cropped up to handle the dangerous work, and they are in fierce competition for business. In The Screaming Staircase, the plucky and talented Lucy Carlyle teams up with Anthony Lockwood, the charismatic leader of Lockwood & Co, a small agency that runs independent of any adult supervision. After an assignment leads to both a grisly discovery and a disastrous end, Lucy, Anthony, and their sarcastic colleague, George, are forced to take part in the perilous investigation of Combe Carey Hall, one of the most haunted houses in England. Will Lockwood & Co. survive the Hall’s legendary Screaming Staircase and Red Room to see another day?

In the kingdom of Goredd, dragons and humans live and work side by side – while below the surface, tensions and hostility simmer. The newest member of the royal court, a uniquely gifted musician named Seraphina, holds a deep secret of her own. One that she guards with all of her being.  When a member of the royal family is brutally murdered, Seraphina is drawn into the investigation alongside the dangerously perceptive–and dashing–Prince Lucien. But as the two uncover a sinister plot to destroy the wavering peace of the kingdom, Seraphina’s struggle to protect her secret becomes increasingly difficult… while its discovery could mean her very life.

Nevermoor: The Trials of Morrigan Crow by Jessica Townsend

Morrigan Crow is cursed. Having been born on Eventide, the unluckiest day for any child to be born, she’s blamed for all local misfortunes, from hailstorms to heart attacks–and, worst of all, the curse means that Morrigan is doomed to die at midnight on her eleventh birthday.  But as Morrigan awaits her fate, a strange and remarkable man named Jupiter North appears. Chased by black-smoke hounds and shadowy hunters on horseback, he whisks her away into the safety of a secret, magical city called Nevermoor.
It’s then that Morrigan discovers Jupiter has chosen her to contend for a place in the city’s most prestigious organization: the Wundrous Society. In order to join, she must compete in four difficult and dangerous trials against hundreds of other children, each with an extraordinary talent that sets them apart–an extraordinary talent that Morrigan insists she does not have.

After serving out a year of hard labor in the salt mines of Endovier for her crimes, 18-year-old assassin Celaena Sardothien is dragged before the Crown Prince. Prince Dorian offers her her freedom on one condition: she must act as his champion in a competition to find a new royal assassin. 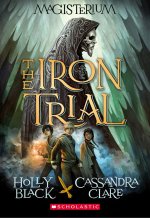 The Magisterium series by Holly Black and Cassandra Clare

Most kids would do anything to pass the Iron Trial. Not Callum Hunt. He wants to fail. All his life, Call has been warned by his father to stay away from magic. If he succeeds at the Iron Trial and is admitted into the Magisterium, he is sure it can only mean bad things for him. So he tries his best to do his worst – and fails at failing. Now the Magisterium awaits him. It’s a place that’s both sensational and sinister, with dark ties to his past and a twisty path to his future. The Iron Trial is just the beginning, for the biggest test is still to come . . . 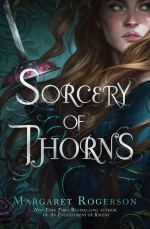 Sorcery of Thorns by Margaret Rogerson

All sorcerers are evil. Elisabeth has known that as long as she has known anything. Raised as a foundling in one of Austermeer’s Great Libraries, Elisabeth has grown up among the tools of sorcery–magical grimoires that whisper on shelves and rattle beneath iron chains. If provoked, they transform into grotesque monsters of ink and leather. Then an act of sabotage releases the library’s most dangerous grimoire, and Elisabeth is implicated in the crime. With no one to turn to but her sworn enemy, the sorcerer Nathaniel Thorn, and his mysterious demonic servant, she finds herself entangled in a centuries-old conspiracy. Not only could the Great Libraries go up in flames, but the world along with them. 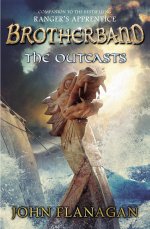 The Outcasts by John Flanagan

They are outcasts. Hal, Stig, and the others – they are the boys the others want no part of. Skandians, as any reader of Ranger’s Apprentice could tell you, are known for their size and strength. Not these boys. Yet that doesn’t mean they don’t have skills. And courage – which they will need every ounce of to do battle at sea against the other bands, the Wolves and the Sharks, in the ultimate race. The icy waters make for a treacherous playing field . . . especially when not everyone thinks of it as playing. John Flanagan, author of the international phenomenon Ranger’s Apprentice, creates a new cast of characters to populate his world of Skandians and Araluens, a world millions of young readers around the world have come to know and admire. Full of seafaring adventures and epic battles, Book 1 of The Brotherband Chronicles is sure to thrill readers of Ranger’s Apprentice while enticing a whole new generation just now discovering the books. 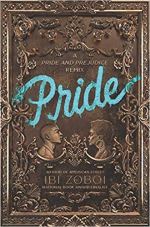 Zuri Benitez has pride. Brooklyn pride, family pride, and pride in her Afro-Latino roots. But pride might not be enough to save her rapidly gentrifying neighborhood from becoming unrecognizable. When the wealthy Darcy family moves in across the street, Zuri wants nothing to do with their two teenage sons, even as her older sister, Janae, starts to fall for the charming Ainsley. She especially can’t stand the judgmental and arrogant Darius. Yet as Zuri and Darius are forced to find common ground, their initial dislike shifts into an unexpected understanding. But with four wild sisters pulling her in different directions, cute boy Warren vying for her attention, and college applications hovering on the horizon, Zuri fights to find her place in Bushwick’s changing landscape, or lose it all. 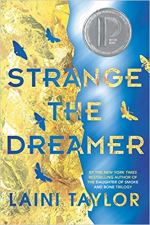 Strange the Dreamer by Laini Taylor

The dream chooses the dreamer, not the other way around–and Lazlo Strange, war orphan and junior librarian, has always feared that his dream chose poorly. Since he was just five years old, he’s been obsessed with the mythic lost city of Weep, but it would take someone bolder than he to cross half the world in search of it. Then a stunning opportunity presents itself, in the form of a hero called the Godslayer and a band of legendary warriors, and he has to seize his chance or lose his dream forever.
What happened in Weep two hundred years ago to cut it off from the rest of the world? And who is the blue-skinned goddess who appears in Lazlo’s dreams?
In this sweeping and breathtaking novel by National Book Award finalist Laini Taylor, author of the New York Times bestselling Daughter of Smoke & Bone trilogy, the shadow of the past is as real as the ghosts who haunt the citadel of murdered gods. Fall into a mythical world of dread and wonder, moths and nightmares, love and carnage.
The answers await in Weep.

Fans of Dennard’s “New York Times”-bestselling Witchlands series have fallen in love with the Bloodwitch Aeduan. And now, in the third novel of the series, comes his story. Aeduan has teamed up with the threadwitch Iseult and the magical girl Owl to stop the coming destruction. But to do so, he must confront his own father.